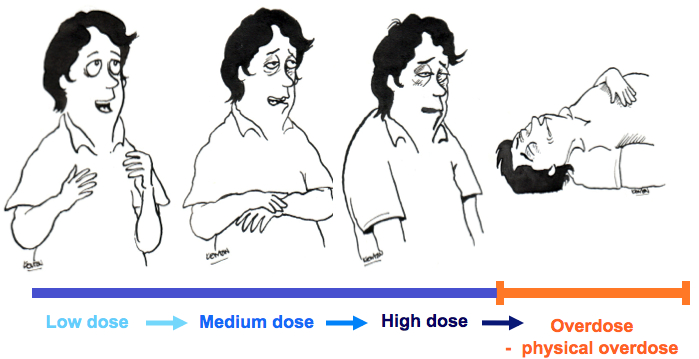 Depressant drugs do not necessarily make a person feel depressed.  Rather, they slow down the activity of the central nervous system (CNS) and the messages going between the brain and the body.  Depressants affect concentration and coordination.  They slow down a person’s ability to respond to unexpected situations.  In small quantities they can cause a person to feel more relaxed and less inhibited.  In larger quantities they may cause drowsiness, vomiting, unconsciousness and death. Depressant drugs include alcohol, barbiturates, benzodiazepines, cannabis, GHB, opioids and some solvents and inhalants (ADF 2006). 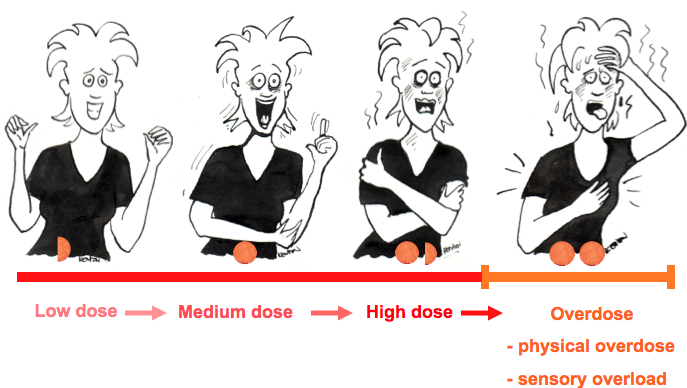 Stimulant drugs speed up the messages going between the brain and the body.  They can make a person feel more awake, alert, confident or energetic.  Large quantities of stimulants can “over-stimulate” a person, causing anxiety, panic, seizures, headaches, stomach cramps, aggression and paranoia.  Prolonged or sustained use of strong stimulants can also cause these effects.  Stimulant drugs include caffeine, ephedrine, nicotine, amphetamines, cocaine and ecstasy (ADF 2006). 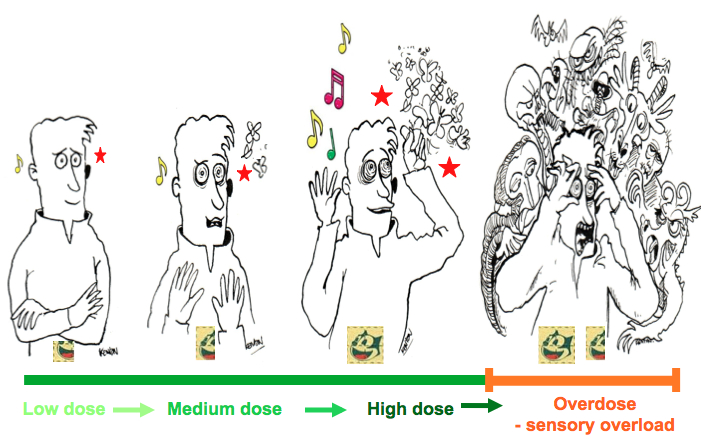 Hallucinogens distort a person’s perception of reality.  People who take them may see or hear things that aren’t really there.  Or what they see may be distorted in some way.  The effects of hallucinogens vary greatly.  Hallucinogenic drugs include datura, ketamine, LSD, magic mushrooms, mescaline and PCP.  Cannabis and ecstasy can also have hallucinogenic qualities (ADF 2006).