The following is a brief account of the theories pertaining to adolescent development that are influential in how AOD  services  are designed and delivered for young people.

The ongoing influence of historical perspectives
More than a century ago, American psychologist Grandville Stanley Hall (1904) produced a seminal treatise on adolescence that dramatised the transition between child and adulthood as a period of “storm and stress”.  Hall believed that hormonal changes in puberty  triggered a period of emotional and psychological conflict that replicated earlier, less civilized stages of human development. Hall identified the attainment of “higher human capacities” such as the ability to reason as the core  developmental task of adolescence. 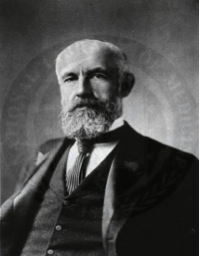 The major characteristics of adolescence for Hall included conflict with parents, mood disruptions and risky behaviour. At the same  time,  Freud  also portrayed adolescence as a period of intense turmoil (Moore, 2002).

Hall’s treatise may mark  the beginning of the modern study  into adolescent development, but the notion that adolescence is a period of “storm and stress”  goes  back to the origins  of Western civilisation.  Moore (2002) points out that ancient Romans (and their predecessors the Greeks) considered the transition from childhood to adulthood a volatile emotional period and young people were thought to require guidance to forestall their squandering of new-found social freedom. Prior to maturation, instinct and desire were  thought to drive human action. Moore adds that for the Romans, growing up required the acquisition of logic and reason. The parallels with Hall’s theory are striking.

Daniel, Wassell, and Gilligan (1999) point out that the “storm and stress”  view of adolescent development is now  largely  unsupported. Given the long  history  of these  ideas,  however, it is perhaps understandable that such  themes persist  in the discourse on adolescence to this day. Steinberg and Morris (2001) posit that this has created a “…misleading perception that healthy development is more about the avoidance of problems than the growth of competencies” (p85).

“ The children now love luxury: they show disrespect for elders and love chatter in place of exercise. Children are tyrants, not servants of their households.” Socrates, 399 BC

"The young are heated by Nature as drunken men by wine." Aristotle (2300 years ago)

“The young people of today think of nothing but themselves. They have no reverence for parents or old age: they talk as if they alone know everything and what passes for wisdom in us is foolishness in them.” Peter the hermit

"I would that there were no age between ten and three-and-twenty, or that youth would sleep out the rest; for there is nothing in the between but getting wenches with child, wronging the ancientry, stealing, fighting."
William Shakespeare's The Winter's Tale