Doing it in their own time
Adolescents face a range of complex development tasks on their way to becoming an adult in the world. David Dobbs in his article for National Geographic (see attached) explains that as adolescents develop, they get better at balancing impulse, desire, goals, self-interest, rules, ethics, and even altruism, generating behavior that is more complex and, sometimes at least, more sensible. But at times, and especially at first, the brain does this work clumsily. It's hard to get all those new cogs to mesh.”

Put simply, young people are still learning to use their brain's new networks. This is equivalent to the physical awkwardness teens sometimes display while mastering their growing bodies.

From an evolutionary perspective, it is puzzling that the adolescent-brain isn’t running at full speed given that at this life stage, young people are required to face daunting challenges without the benefit of hindsight and experience?

The answer appears to be that heightened flexibility and greater adaptability takes priority over the speed and efficiency that the processes of myelination and synaptic pruning deliver. Once the favoured neural networks are made more effective and robust, the brain’s ‘plasticity’ is reduced and forging new pathways to accommodate new information becomes more difficult. The adolescent brain is primed optimally for experiential learning but it takes time. 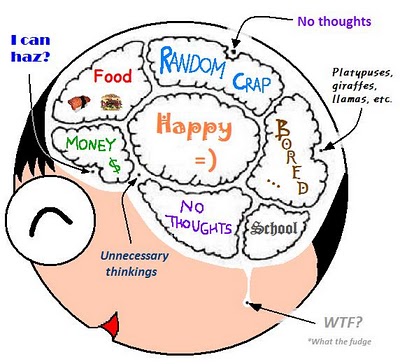 There are many ways to understand how young people are ‘rewarded’ but from a neurological perspective the neurotransmitter dopamine has the key role.  Dopamine provides pleasurable reward and aids in both learning and making decisions.  During adolescence the brain's sensitivity to dopamine peaks which helps explain young people's quickness of learning and extraordinary receptivity to reward. It also explains the sometimes melodramatic response to failure and defeat.

Neuroscience has been instrumental in dispelling several myths associated with adolescent risk taking. Young people may take more chances than adults but they:

So it is not that adolescents take more risks because they don't understand the dangers but because they weigh risk versus reward differently. In situations where risk can get them something they want, they value the reward more heavily than adults do.

A preference for the company of other young people
The neural networks and dynamics associated with general reward and social interactions overlap heavily. The adolescent brain is similarly attuned to oxytocin (a neural hormone) which among other things makes connecting with others more rewarding.

Peers of a similar age offer young people far more novelty than familiar and most other adults. By gravitating toward peers young people are investing in the future rather than the past. They enter a world made by their parents generation but will live most of their lives in a world run and remade by their own.

Concern about capacity
Some of the revelations from neuroscience have led to concern being expressed over whether young people lack the judgment to make decisions about potentially harmful behaviours such as substance use (Reyna  & Farley,  2006). Judith  Bessant  (2008) warns  against  using  the recent neuro-scientific discoveries as a rationale for overprotecting young people, pointing out that:

“Some young people are sometimes at risk, not because brains are different but because they have not had experience or opportunity to develop skills and judgment that engagement in those activities and experiences supply” (p358).

It seems that it is imperative to create the conditions in which young people can seek sensations and take risks in constructive way, where the extreme risks are mitigated or minimized. This points to a form of guided experience that acknowledges the reality that young people are biologically set up to seek sensations and take risks; even if it makes some of the adults in their lives and the authorities uncomfortable. Even so, that neuroscience confirms the need for practitioners, parents and care givers to properly calibrate their expectations with the emerging capacity of young people for effective decision making and self-regulation.

With so much focus on the adolescent brain, it is very important to remember that adults should not be assumed to always be models of rationality, morality, good judgment and pro-social behaviour.

Limitations of neuroscience
While there is much to learn from neuroscience, the applied research methodology (including neuro-imaging technology) is only in the early phases of development. Real life conditions cannot be replicated in a laboratory, and there is an effect on the experimental process on the subject.

Further, the relationship between brain anatomy, human consciousness and behaviour is very complex and multidimensional. A range of factors need to be considered such as: