Many people do not understand the difference between thoughts and feelings.

Although cognitive theory proposes that thoughts, feelings and behaviours all influence each other in multiple directions, the most widely used cognitive restructuring techniques place a lot of emphasis on understanding how certain types of thoughts lead to particular types of feelings (which can in turn exacerbate problem behaviours). Hence it is vital for the client to develop an understanding of the difference between thoughts and feelings.

Cognitive therapists have developed numerous exercises to help people learn the difference between thoughts and feelings. The well-known A-B-C Technique focuses on how certain Activating events lead to particular kinds of thoughts or Beliefs, which in turn tend to trigger particular kinds of Consequences in terms of feelings and behaviours. 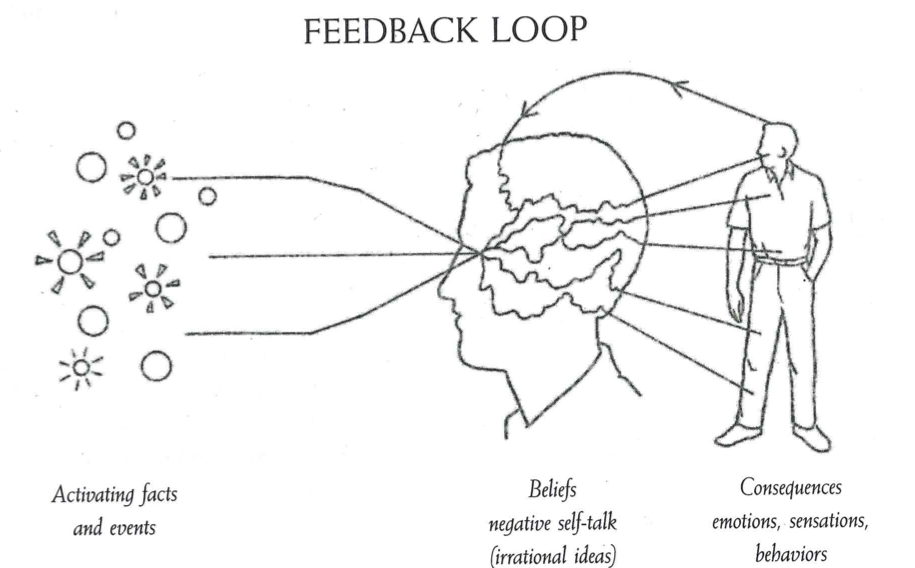 Some people have difficulty identifying thoughts that might sit behind their feelings. In these situations Leahy (2003; p24-25) recommends that the practitioner guess some possible thoughts and ask the client to confirm or disconfirm the accuracy of the hypotheses. Alternatively, the relative plausibility of different guesses can be discussed (p26). Subsequently the client might become alert to the presence of these thoughts when the feeling is strong (p26).

Thoughts are not facts. Thoughts are hypotheses, descriptions, perspectives, even guesses. Just because I believe something is true doesn’t mean that it is true. If we recognise that it might not be true then the link between a thought and a feeling is weakened (p11).

Just as feelings vary in their strength, so do thoughts or beliefs. We can hold a particular belief very strongly or only mildly. Adolescents have a tendency to hold beliefs very strongly. Recognising that beliefs can vary in strength is an important step in gaining distance from distressing beliefs (p15).

A technique described by Leahy (2003) involves the client tracking and rating the strength of his or her belief in a specific thought over the course of several days (e.g. morning, midday, mid afternoon and night time). This exercise reveals that the strength and potency of the belief varies over time and reinforces the idea that a strongly held belief can be changed (p17). Tracking changes in the strength of feelings associated with the thought-belief can be added to this exercise.

The material in C4ii is based on Leahy (2003) unless otherwise stated.